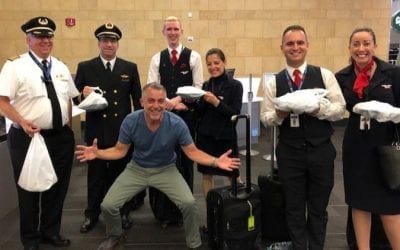 AtYourGate, the food delivery app for San Diego’s airport patrons, has found favor with at least one group of influencers: hungry college kids.

The startup, which launched its airport delivery service at San Diego International Airport earlier this year, announced that it has raised $2 million in seed financing. Some of AtYourGate’s cash infusion is coming from Triton Funds, a new venture outfit run by UCSD undergraduates.

“Students (and faculty) are using AtYourGate when we travel,” said Yash Thukral, who is a founding member of Triton Funds, and a math and management studies major. “That’s how it came on our radar screen.”

With AtYourGate, travelers can, for a $2.99 convenience fee, use their smartphone to summon food, snacks and reading material from nine different eateries and shops — think Saffron Thai, Qdoba Mexican and Pacifica Breeze Cafe — spread across Terminal 1 and Terminal 2 at San Diego International Airport. The app, which has the blessing of the San Diego County Regional Airport Authority, can deliver to each of Lindbergh Field’s 51 gates. The only caveat is that beverages can’t be transported by company “runners” between terminals due to TSA security restrictions.

“Pretty much anywhere in the airport, we can get to you in 20 minutes or less,” said David Henninger, AtYourGate’s president.

Launched on Jan. 31, the startup is currently fielding several hundred orders per week. Right now, customers are primarily other airport staffers as AtYourGate is just starting to educate travelers on its airport delivery app, Henninger said. The service is also gearing up to debut at two additional West Coast airports with the launches and an additional funding round expected to land before the end of the year.

“I think about the business traveler who is on an expense account. They can either spend 20 minutes in line getting food, or they can make two customer calls,” Henninger said of the appeal of his niche food delivery app.

The executive also recounted the story of how AtYourGate recently delivered roughly 20 orders to JetBlue passengers aboard a plane that was delayed with a mechanical issue.

“We’re partnering with airlines that recognize that in a delayed situation, passengers can get hungry,” he said.

Beyond busy professionals, Henninger believes AtYourGate appeals to stressed-out moms and, of course, his newest investors at Triton Funds, meaning millennials already accustomed to on-demand everything.

Started from a university dorm room last year, Triton Funds now manages a $25 million fund with Thukral and 14 other students calling the financing shots. The fund is supported and advised by locals, including many UCSD alumni and faculty. 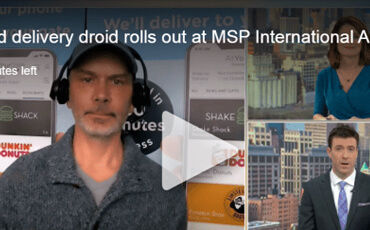