How Online Platforms Aim To Bring On-Demand Delivery To Airports 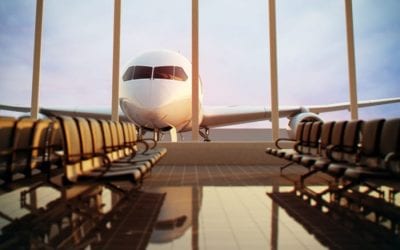 Some entrepreneurs are inspired by their own travels to start companies: AtYourGate Founder and CEO PJ Mastracchio got the idea to launch his firm after traveling for business, which isn’t always as luxurious as it appears. “I often found myself hungry” and with “limited choice,” Mastracchio told PYMNTS in an interview. And as the on-demand economy appeared, enabling consumers to hit a button and get a car or a burger, Mastracchio wondered why someone couldn’t hit a button and have an item delivered to their gate at the airport.

He went on to start AtYourGate, which is a mobile eCommerce delivery platform that serves consumers inside of airports. Since its founding, the company’s market has extended beyond business travelers and flight attendants. A sizable portion of its business is airport employees, who are there 300+ days a year. These workers might traditionally punch out for their breaks, walk into the airport, wait in line, get food, walk back, eat their meals and punch back in. With AtYourGate, they can now order before their break begins, and then the delivery service shows up right at their time slot with their meals. “That’s been a really eye-opening thing for us,” Mastracchio said.

Users who open the app will see nearby airports: If they are in the New York market, for instance, they will see LaGuardia Airport, Newark Liberty International Airport and terminals at John F. Kennedy International Airport. They can then select the airport and enter their location inside of the facility (say, gate 36). At that point, they choose a business from which they want to order, such as a particular sandwich chain. After ordering, they arrive at a confirmation page and see when they will receive the order, and can also add a tip. (Airport employees can also receive their discounts.)

The platform is currently available at San Diego International Airport, JFK Airport Terminal 7 & 8, Newark Liberty International Airport, Minneapolis Saint Paul Airport, LaGuardia Airport and Portland (Oregon) International Airport. The company’s workers are handpicked, undergo a comprehensive screening process and take a 90-minute written test. They also must be incredibly hospitality forward-facing, Mastracchio noted, and are considered part of the ecosystem of the airport. They need to be people who can hustle and like to be on their feet all day. And they don’t only deliver food: The company also sells cosmetics, for instance.

When it comes to the timing of the service, Mastracchio said “the on-demand economy stops at the door in the airport, and it doesn’t have to.” Beyond AtYourGate, Airport Sherpa also serves hungry travelers waiting to board their flights. The company’s CEO Patrick DellaValle also discovered a new market when rolling out the app. He originally focused on business and leisure travelers, but later found that airport employees also liked the app.

With the help of digital technology, digital platforms such as AtYourGate and Airport Sherpa are providing airport travelers and employees the chance to order from their favorite restaurants and other businesses for gate-side delivery in the on-demand era.