Everything You Need to Know About Traveling Through Newark Airport 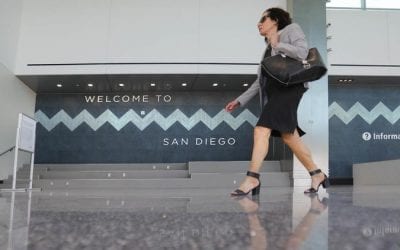 Everything You Need to Know About Traveling Through Newark Airport

Related: Atlanta Airport Guide: How to Make the Most of Your Time at the World’s Busiest Airport

Newark Liberty International has three standalone terminals: A, B, and C.

Passengers can travel between terminals, parking lots, hotel shuttles and rental car facilities on the AirTrain monorail, which operates 24-hours a day and is free to ride within the airport.

United Airlines occupies all of Terminal C, with some flights operating out of Terminal A (United Express) and Terminal B as well.

Terminal A, EWR’s oldest terminal, is scheduled to be replaced by the three-concourse, 33-gate Terminal One beginning in 2021.

Newark Liberty International Airport provides free Wi-Fi and free charging stations throughout the terminals. Nursing suites and pet relief areas are available in each terminal. The AtYourGate in-airport order and delivery app allows passengers to have meals delivered anywhere in Terminals A and B (including post-security) and to the pre-security area of Terminal C.