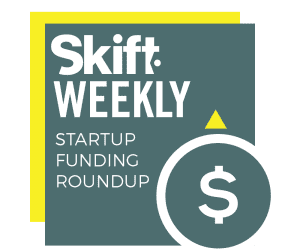 Triton Funds led the round. AtYourGate has raised $2.25 million to date.

The company has put its service into production at San Diego International Airport, where it has eight employees along with the five full-timers at its headquarters in San Diego.

In recent months, the two-year-old startup, and GOLO, a mobile ordering platform that is part of the Paysafe Group, launched “AtYourGate powered by GOLO” — a mobile app for Apple and Android devices that allows airport goers to use their mobile phones to order airport products and have them delivered directly to them, said AtYourGate founder and CEO P.J. Mastracchio.

The company will use the latest funding to expand to other airports both domestically and internationally, it said. It was founded by alumni of the University of California, San Diego and has received assistance from the San Diego International Airport Innovation Lab. It was also part of the 12-week accelerator program run by Plug and Play’s Global Travel & Hospitality Platform of Innovation.